Skip to content
Home » News » What Are The Real Costs of Asbestos? 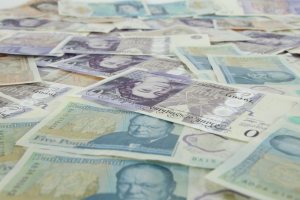 What Are The Real Costs of Asbestos?

It is well known that exposure to asbestos kills. The current estimate puts the number of deaths as a result of asbestos exposure at just over 5,000 per annum. The costs of removing all asbestos from the UK would be prohibitively expensive. But if we leave the material in place and the number of deaths remains at its current all-time high, then what would this cost us?

The NHS currently estimates that it costs an average of £60,000 to treat an asbestos victim. These costs are made up of surgical intervention and chemotherapy and radiotherapy. In simple terms, with 5,000 victims per annum, the cost of treating asbestos cases in the UK amounts to £300,000,000 per annum.

The prognosis of many of these patients remains the same and life expectancy is generally only a few years. Medical treatments are now being tested that can stall the progression and increase life expectancy, but as with all things, this will come at a cost. The suggestion is that with increased life expectancy and new treatments, medical costs could rise to over £100,000 per patient.

Reports published by the insurance sector estimated that the average compensation claim between 2009 and 2014 was in the region of £100,000, with the single largest payment being £4,250,000. Changes to compensation brought into effect in 2013 have seen the average claim increase to an estimated £134,000. Based upon our 5,000 deaths per annum, this equates to insurers paying out £670,000,000 in compensation per annum.

This figure is likely to increase as people live longer through treatment and require care. But we are still not faced with the levels of compensation seen in places like the United States.

Examination of health and compensation costs reveals that the legacy from asbestos use is currently costing the UK economy around £970,000,000, or almost one billion pounds per annum.

It is difficult to put this sort of figure into perspective. But Government figures show 2015 spending in the NHS as being £116 billion and on transport as £18.6 billion. At the same time, our net contribution to the European Union is £8,500,000,000, a figure that is currently the subject of much debate! But when we consider we pay 11% of this figure annually in asbestos-related health treatment and compensation, the scale of the asbestos problem we have comes to light.

Got a Question? Contact us
Keeping Our Staff Safe is Crucial
What To Expect From Your Asbestos Survey
Recent Posts