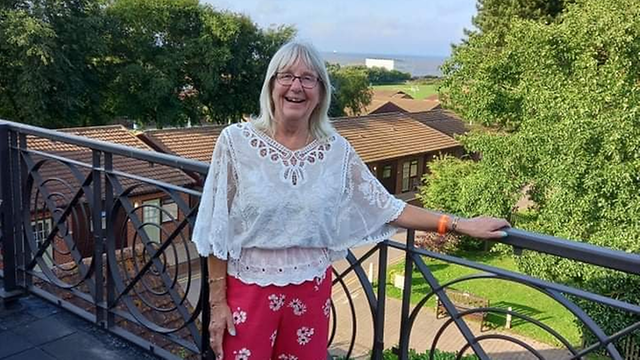 Unbeknown to her, this task posed a serious risk to her health, as her husband’s work overalls were covered in asbestos dust.

The long-term exposure to this dangerous chemical led Mrs Spence to develop asbestos-related cancer and she was diagnosed with secondary mesothelioma in April 2019.

With her help, Mrs Spence was put in touch with other families across the UK who were also affected by the harm caused by asbestos and were receiving treatment.

It soon became clear she was not alone and she learned of many stories from other women who had also been exposed to asbestos through washing their loved once’s clothes.

The support group became a “beacon of hope” for Mrs Spence.

She said: “I’ve been overwhelmed with the support and kindness shown by others who understand what I am going through.

“Before my diagnoses and subsequent chemotherapy I was anxious about the future but now I recognise many patients in my position are doing very well with their treatment and there are future treatment options available.”

Mrs Spence now feels proud to be a “‘Mesowarior’ and offers her support to other people in this position.

The East of England Asbestos Patient Support Group was set up in March 2021 and organises regular speakers covering issues such as advice on living with the condition and symptom control, as well as arranging days out.

Phoebe Osborne, who’s a specialist solicitor in the Hugh James asbestos team said: “Irene’s story is the testament to the benefits of support groups.

“The group is free to attend and many studies have shown regularly attending a local support group can improve quality of life for people dealing with a cancer diagnosis.”