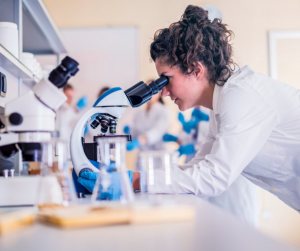 A study that took place at the Hope Cancer Trials Centre at Leicester’s Hospitals has made a major breakthrough that could help patients with mesothelioma survive longer.

People diagnosed with the aggressive form of cancer known as mesothelioma, linked to breathing in asbestos fibres, could have more time with their loved ones when prescribed an immunotherapy drug currently used to treat several other types of cancer, new research has found.

The CONFIRM* trial was co-led by Professor Dean Fennell, Director of the Leicester Mesothelioma Research Programme and a Consultant Oncologist at Leicester’s Hospitals, alongside colleagues at the Cancer Research UK Clinical Trials Unit in Southampton.

Funded by the Stand Up To Cancer – a joint fundraising campaign by Cancer Research UK and Channel 4 – the trial found that immunotherapy called nivolumab** increased survival and stabilised the disease for patients who relapsed following standard treatment of chemotherapy.

A total of 332 patients whose tumours were still growing after receiving chemotherapy and who were not able to have surgery, took part in the randomised trial.

A total of 221 of those patients were given nivolumab and the remaining 111 were given a placebo once every fortnight for up to 12 months. 85 of the patients were treated at the Hope Cancer Trials Centre at Leicester’s Hospitals.

It is the first-ever study to show that treatment can improve survival in patients with mesothelioma that has come back after chemotherapy. Until now, no other treatment has been able to demonstrate this.

The impressive feelings, which saw those who had nivolumab survive an average of 9.9 months compared to those in the placebo group who survived 6.6 months (50% longer), were presented to oncologists and researchers around the world at the World Conference on Lung Cancer at the weekend.

Mesothelioma develops in the lining of the lungs or abdomen, with most cases caused by exposure to the now-outlawed industrial material, asbestos. Currently, only 7% of people survive 5 years after diagnosis.

People with mesothelioma are usually treated with chemotherapy, surgery or radiotherapy. But treatment options start to become limited once people stop responding to their treatment.

During the COVID-19 pandemic, NHS England endorsed nivolumab for use in some people with malignant mesothelioma as an alternative to chemotherapy because it has less of a suppressive effect on the immune system and may reduce the risk of someone becoming seriously ill during the pandemic. This decision is currently in place until the end of March but the data from the CONFIRM trial could help to make this option permanently available to patients.

Professor Dean Fennell, Director of the Leicester Mesothelioma Research Programme, a consultant oncologist at Leicester’s Hospitals, and co-lead on the study, said: “Asbestos might seem like a threat of the past, but for many, it’s left quite literal scars that are only being seen now. Mesothelioma is a relatively rare disease, but it is a devastating one. We wanted to do anything we could to find better treatments for these patients, despite being in the midst of a global pandemic. The fact that we could set up and run this trial during COVID-19 is largely owed to the resilience of the patients who took part.

“The CONFIRM trial gives clear evidence that if nivolumab was made available in the long-term for the treatment of our mesothelioma patients, it could improve the lives of those already suffering with the disease and those who will sadly discover they have it as cases rise in years to come. This represents a major breakthrough and could be a game-changer for treating mesothelioma patients in the future.”

Michelle Mitchell, Cancer Research UK’s chief executive, said: “Nearly half a century ago, Cancer Research UK scientists added to the understanding of just how dangerous asbestos could be. This research helped change regulations, reducing workers exposure to this deadly substance. But mesothelioma can take over 40 years to develop, and the long and painful legacy of asbestos use is still sadly being felt today.

“It’s wonderful news to hear that we may have found a new treatment with mesothelioma who have run out of options when there has been so little progress over the years. We hope that NICE considers nivolumab as a treatment option, which will give people the mesothelioma precious extra time with their loved ones”.

Since its launch in 2012, Stand Up To Cancer has raised over £62 million to fund the 55 clinical trials and research projects involving around 11,000 cancer patients across the UK.

What are the different types of asbestos sampling?
A 78 year old woman has died from mesothelioma after breathing in asbestos fibres from husband’s work clothes
Recent Posts