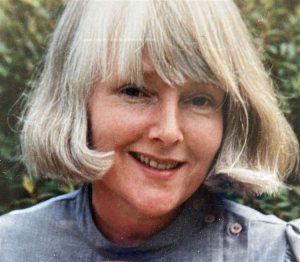 A former teacher who died of an asbestos-related cancer is thought to have contracted the condition while working at a Kent school.

Elizabeth Murphy, known as Betty, spent 30 years working as a Supply Teacher across Canterbury and Whitstable before tragically dying of Mesothelioma – an incurable lung cancer linked to asbestos exposure.

She is believed to have encountered the material while working within schools – and her heartbroken family are now trying to trace any of her former colleagues who may be able to help them investigate what happened.

Mrs Murphy sadly died at her home in Alexandra Road, Whitstable, on August 6 last year (2020) at the age of 75. An inquest held in Maidstone in December found she died of Bilateral Bronchopneumonia, caused by Pleural Mesothelioma.

Coroner Joanne Andrews said: “It is believed that Elizabeth contracted industrial disease as a result of her employment as a Teacher.”

Mrs Murphy’s family say that prior to her death, she recalled how she and her fellow school colleagues would make holes in walls and ceilings in classrooms when hanging displays. The family have now instructed social justice law firm, Hodge Jones & Allen Solicitors, to look into her death.

Their Lawyer, Lorna Webster, said: “Although asbestos was banned in the UK in 1999, Mesothelioma often develops decades after the exposure.

“With many school buildings dating back to times when asbestos use was commonplace, we’re unfortunately seeing mesothelioma cases in a number of people who worked in schools.

“It’s not only factory workers and tradespeople who have been exposed to asbestos throughout their working lives.”

Mrs Murphy’s family are looking to get in touch with any former colleagues who may be able to provide additional information about her exposure to asbestos during her time as a teacher.

They said: “We’re shocked and saddened that Betty died from Mesothelioma, caused by exposure to asbestos in the career she loved so much.

“Many people think that asbestos diseases only affect tradespeople and factory-workers, but unfortunately many former school staff are affected too.”