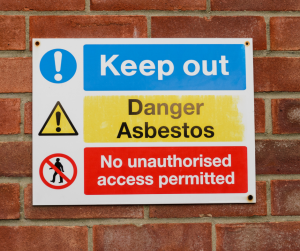 Asbestos-related cancer has claimed the lives of more than 150 people in Peterborough over almost four decades, new figures reveal.

MPs have launched an inquiry into how the material is being managed across the UK after serious safety concerns were raised. Exposure to asbestos can lead to mesothelioma, a type of cancer that affects the lining of some organs, including the lungs.

Health and Safety Executive data shows the disease was responsible for 168 deaths in Peterborough between 1981 and 2019 – the latest available figures. Of those, 28 occurred between 2015 and 2019 – 12 fewer than in 2010-14. The figures also show the mesothelioma death rate among women in Peterborough – take age differences into account – is higher than across Great Britain as a whole.

The Work and Pensions Committee, which launched the inquiry, said that despite the importation, supply, and use of asbestos being banned in the UK since 1999, it remains the largest single cause of work-related fatalities. More than 5,000 deaths each year are caused by diseases linked to asbestos exposure including mesothelioma, lung cancer, and asbestosis.

The inquiry will examine the risks posed by asbestos in the workplace, the actions taken by the HSE to mitigate them, and how its approach compares to those taken in other countries. Though traditionally, higher levels of asbestos-related illness were associated with work in industrial sites such as shipyards, in recent years that also expanded to other industries, including construction.

But campaigners say people using buildings where asbestos is poorly maintained, including some schools and hospitals, are also at risk of contracting the deadly disease and want to see action from the Government to tackle the issue.

Liz Darlison, chief executive of charity Mesothelioma UK, said she was shocked at the figures, which show that 12,500 people died of mesothelioma in Great Britain in 2015-19 – the highest number for any previous five-year period.

Our country is riddled with the stuff and we have to address this if we want to protect future generations,” she said.

“We need a long-term, government-led initiative to remove asbestos, even if it takes several generations.”

Dawn McKinley, chairman of the UK Mesothelioma Alliance, which includes charities, support groups, and healthcare organisations, is calling for action to protect children and staff coming into contact with asbestos in schools.

She said: “Teachers, former pupils, school janitors, cleaners, and canteen staff are dying from asbestos-related cancer and mesothelioma, and the numbers are increasing.

“The dose level required to contract mesothelioma is extremely small.

“Our politicians, duty holders, and decision-makers must come together and use their powers to protect our children from the real dangers they face from exposure to asbestos in our schools.”

The HSE said targeting asbestos risk has been and remains a priority.

A spokesman said: “Sadly, the damage from exposure to asbestos takes many decades to show itself as there is often a latency of up to 40 years before the disease is detectable.

“This means that cases now, and in the recent past, normally result from exposures which predate the time during the 1980s when the regulations and work practices were significantly tightened.

“Asbestos is, however, still present in older buildings given its previous uses and it must be managed appropriately.”

The HSE is expecting the incidence of mesothelioma to decline in the coming years.

The spokesman added that it will be working with MPs throughout the inquiry.